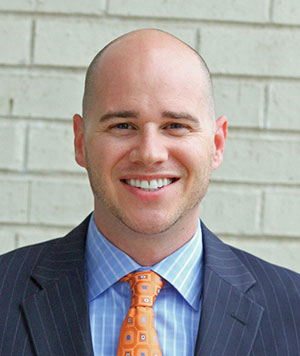 Woods Bros Realty announces the appointment of Matt Hardesty to sales manager of the Lincolnshire office.

He has been acting as assistant manager and more recently interim manager of the Lincolnshire office. Hardesty recently participated in the HomeServices Leadership Academy and values ongoing education, holding several real estate designations.

“We are thrilled for Matt to take this next step in management,” said CEO Gene Brake. “Matt is a natural fit to lead one of our largest offices, and we are confident in his ability to foster a culture that helps the agents and the office grow.”

Hardesty was born in Southern California, grew up in Lincoln, and graduated from Lincoln Southeast High School. After returning to California and spending several years as a construction project manager, Hardesty and his wife, Whitney, moved back to Lincoln to begin their family. He is also the first grandson of the late Gene Ward, recent Woods Bros Realty Hall of Fame inductee and longtime Woods Bros manager.