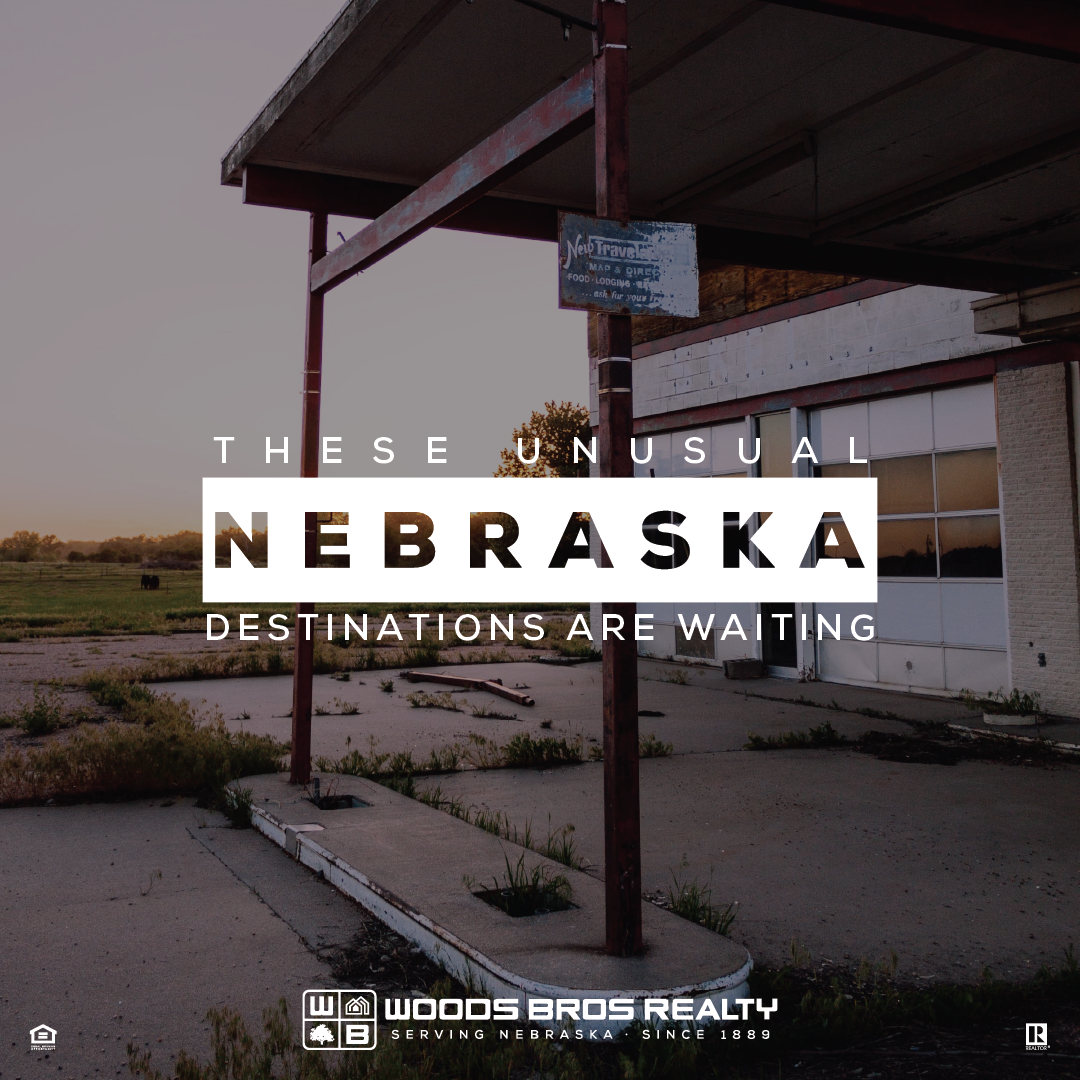 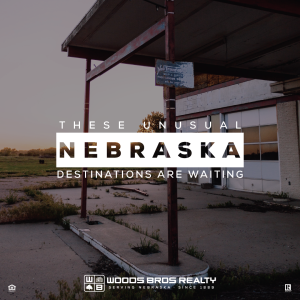 We Nebraskans know our state has a lot to offer — from the largest sand dune formation in the United States to the contagious energy that washes over Memorial Stadium when the Cornhuskers take the field and so much more.

But even locals may be surprised to learn about some of our state’s more unusual destinations. Next time you are planning a staycation in Nebraska, add a trip to one of these places off the beaten path. You’ll be guaranteed to have some interesting wisdom to share at your next party!

3.5 hours north of Lincoln, this teeny town consists of little more than a tavern, and a small library. If it doesn’t sound like a big enough economy to support a significant population, that’s true. In fact, there is only one resident, Elsie Eiler — who pulls multiple roles as bartender, librarian and, naturally, mayor. Thankfully, she’s always up for company. Recent passersby included folks from Switzerland and Myanmar!

Way back in 1913, the transcontinental Lincoln Highway was completed, connecting New York City and San Francisco, with a route that cut straight through Nebraska. But unlike the highways we all know today, this was paved with bricks. As time went on, the highway was largely replaced — except for a 3-mile stretch between Omaha and Elkhorn. You can visit it today for a taste of how people traveled more than a century ago. (Hint: It was a lot bumpier!)

About 2 hours west of Lincoln and just a dip down from I-80 is a replica pioneer town founded by self-made millionaire Harold Warp in 1953. With an appreciation for rags-to-riches stories inspired by his own humble beginnings in a sod house, Warp sought to give others a sense of life on the prairies in the 19th century. Today, there are 28 buildings spread out over 20 acres — including a replica of Warp’s childhood soddy.

The Hastings Museum of Natural and Cultural History is worth a visit all on its own, but who can resist a walk down memory lane with none other than the Kool-Aid Man himself? Kool-Aid was developed in 1927 after Nebraskan Edwin Perkins was inspired by Jell-O. You can learn more about that and anything else you’ve ever wondered about Kool-Aid’s history by visiting the museum, which also bills itself as the largest municipal museum between Chicago and Denver.

If you find yourself heading north, schedule a stop off in little Royal, Nebraska. The town isn’t particularly lively today, but it was a different story 12 million years ago when prehistoric creatures flocked to the watering hole. That was until ash from a volcanic eruption in modern-day Idaho killed off the rhinos, horses, small camels and more. We know this because the same ash that killed them preserved the remains in impressive condition — which we can now view and learn from today.