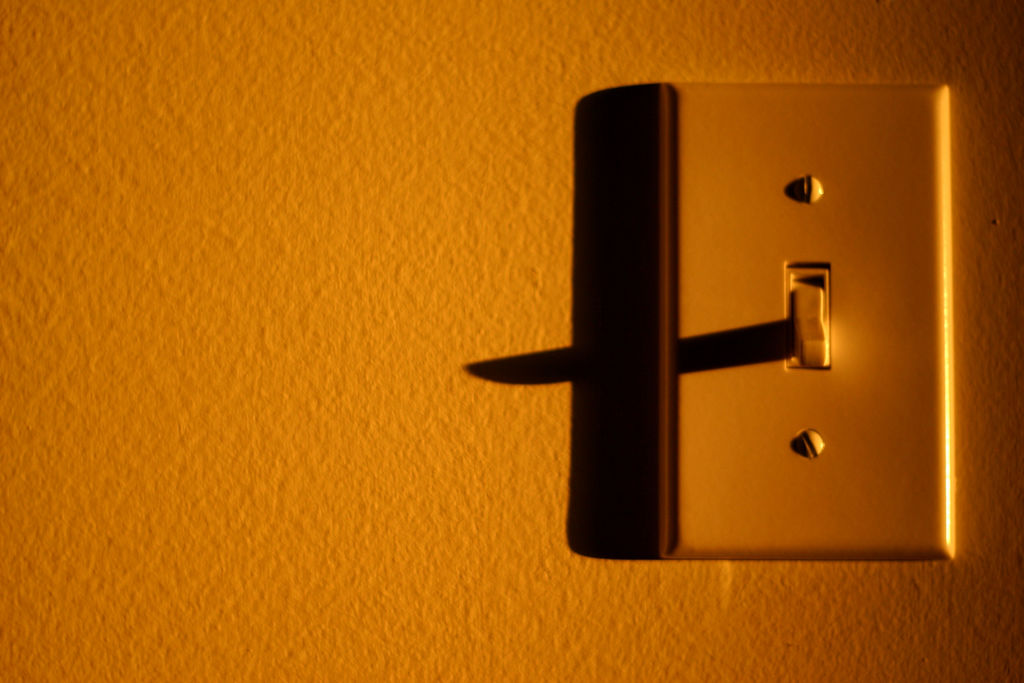 The golden days of summer are perfect for baseball, tanning, and chasing the ice cream truck. However, the scorching temperatures of this season do a number on our energy costs. Of course you can set the thermostat a few degrees higher to try and cut back, but try this list of simple changes to make your home more efficient and your energy bills less painful.

It must have been a fabulous home that Mark Woods and his son, Pace Woods, Sr., were visiting in the late-1920s: the New York City home of John F. Harris. Harris had been a childhood friend of Mark Woods and his brothers, and he had become a successful investment banker. He was a Lincoln native who wanted to do something back home to honor the memory of his parents.

According to Pace Woods, Jr., his grandfather, “…suggested that [Harris] donate a park to the citizens [of Lincoln].” That he would do. Pioneers Park came to life on roughly 600 acres of rolling prairie north of Van Dorn in west Lincoln that Harris donated over the course of three years (1928 – 1930). The Harris family also donated several animal sculptures for the park, including the bronze buffalo that greets visitors at the center of the east entry’s roundabout.

Another Lincoln native designed the wonderful park. Ernst Herminghaus was a landscape designer for Woods Bros developments and was trained at Harvard University as a landscape architect. The easternmost 80 acres of the park, closest to Coddington, were the first to be designed, and the plans included incorporating vistas of the Nebraska State Capitol Building that was then under construction.

Pioneers Park is listed on the National Register of Historic Places. As historian Ed Zimmer noted in the site’s Registration Form, Lincoln was undergoing a period of phenomenal growth in the 1920s. During the Depression, the park provided much needed public recreation space. It likewise created employment for people and galvanized development opportunities for the city’s parks and recreation spaces.

True to their form, the Woods brothers and other families of means used a combination of creative and practical resources to make this civic opportunity meaningful and long lasting. In the spring/early summer of 2015, Woods Bros Realty will launch half of a 125-tree donation to the Pioneers Park area to commemorate this longtime relationship and its 125 years in the community.

From the Sioux City Journal:

The office is offering 2.5 percent loans through eligible Nebraska lenders for the construction of single family, highly energy-efficient homes. The home must meet or exceed the state’s energy code by 30 percent to be eligible.

The first step to building an Energy Star 5 Plus Star home is to have a certified home energy rater complete a rating of the construction plans provided by the designer and builder.

Leadership manifests itself in a number of ways. Whether on the field of sport, in the boardroom or in government, a good leader sets an example for others to follow and does so without boasting. It’s always more challenging to lead than to follow, but the rewards are greater with success for leaders.

And so it is with the Bridges, a new subdivision near Southwest 27th Street and West Denton Road in Lincoln, Neb. For builder Mike Rezac, owner of Lincoln’s Rezac Construction Company and chairman of the Nebraska Green Building Council, taking a leadership role in development of the state’s first fully geothermal neighborhood is something he’s absolutely passionate about. For him and partner Gary Pickering, the development is the culmination of a dream borne out of respect for the land and a belief that the status quo in home building simply isn’t going to be good enough for a lot of homebuyers in the near future.

“I was part of the team that built the state’s first certified green home more than five years ago,” Rezac said. “At the time, we were just establishing Nebraska’s green building standards. The whole green building movement was just getting off the ground in Nebraska. Since then, we’ve developed a specific expertise in the design and construction of efficient, green-certified homes.

“Moving forward, as energy becomes an increasingly valuable resource, it makes sense that we pay more attention to how we’re generating and using the electricity we need to power our homes and our lives. There are so many ways to increase home efficiency during design and construction.”

END_OF_DOCUMENT_TOKEN_TO_BE_REPLACED

Article excerpted from KLKN TV:
A new neighborhood in town is trying to cut the costs that come with heating and cooling your house using an up-to-date geo-thermal system.

It’s the first development of its kind in Nebraska, and the builders are hoping the example it’s setting will influence more people to go green when it comes to their home. It’s called “The Bridges,” and it’s a one-of-a kind “green” neighborhood just off 27th and Denton Road.  The development uses geo-thermal technology, which takes temperatures from the ground to heat and cool homes instead of using energy.

“We’ve got geo-thermal plates in the ponds, and they actually transfer heat and cooling.”  said a spokesman Matt Gersib.

When this type of technology is compared to conventional heating it could save the home owner between 30 and 70 percent on energy costs. The “Net Zero” home in The Bridges also features everything from recycled carpet and shingles to solar panels that are intended to leave the homeowner with a zero energy bill. And building an energy efficient green house has become even more affordable with several tax credits available.

“The federal government is providing a 30 percent tax credit on geo-thermal heat, which basically allows you to upgrade your heat system at no cost. That geo-thermal heating will save you anywhere between $800 to $1,500 a year on your heating and cooling,”  said Woods Bros Realty sales professional Mike Thomalla.

The placement of the Net Zero house was even designed to face east to west with windows on the south side having awnings that block the sun in the summer and allow it in during the winter months. In all it’s an impressive home providing energy efficient equipment that’s breaking the mold and laying down the foundation toward the future of home building in Nebraska.

Keep in mind the purchase price of the home can be costly.  But once you’re in the home the savings add up.  If you would like to check out the model home at The Bridges, they have open houses every Sunday.

More information can also be found at : http://www.thebridgesne.com or www.geoexchange.org.

BLOOMFIELD – For Joan Thomson, it’s all about going green. Thomson is a real estate broker from Bloomfield who has achieved a broker’s license specializing in being “eco-friendly.”

“Go green, it’s all about conserving energy,” said Thomson. “It’s the way of the future. We’re running out of oil. Our atmosphere is polluted. It’s something we need to do for us, our children and grandchildren.”

Thomson is a real estate broker with Woods Bros Realty in the Lincolnshire Square office. She is the first “Green Designation Realtor” in Nebraska.

Being involved in real estate since 1968, she has traveled and lived all over the country. She has also lived off the electrical grid two times in her life so conserving energy is just the way she lives.

Adding it to her job description was a natural thing to do.

The green designation allows Thomson to promote “green” principles when she lists and sells her real estate listings.

“In my go-green presentation, I use it as a selling concept,” Thomson said. “I show buyers and sellers how much good can come from going green.”

She talks to homeowners about energy efficiency savings with insulation, windows, appliances and heating and cooling systems.