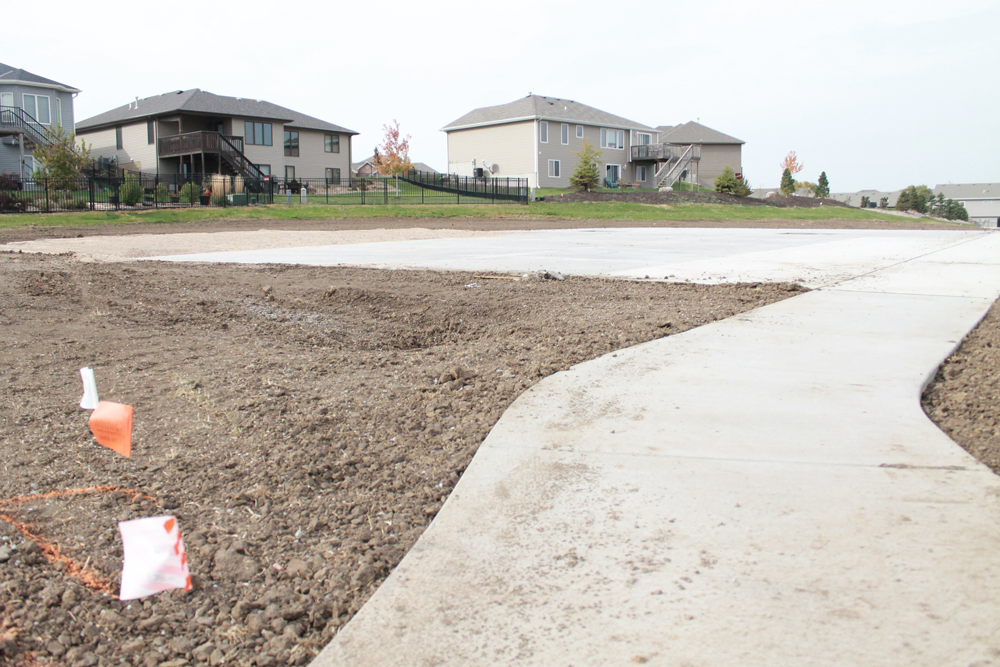 For weeks anxious kids have watched from their windows and driveways of the Grand Terrace neighborhood.

Dump truck after dump truck slowly rumble by, followed by cement mixers, bobcats, and workers with shovels and tool belts. The sight itself is fascinating, but nothing new to the residents of Grand Terrace, a neighborhood South of 84th and Highway that started growing slowly roughly in 2010. It started with one house on a corner, until roads and plumbing made the once lonesome fields an actual community. Some of the first residents in the neighborhood recall walking to the community mailbox in the dark while they waited for streetlights to be installed, but just looking around now at the beautiful homes and happy families, the early beginnings of this neighborhood seem like a distant memory. At the time, children in the neighborhood found fascination in watching the construction go up, one house at a time.

But now, they find fascination in a different type of construction. The rumbling trucks aren’t here for more houses, they’re working towards something far more exciting. Grand Terrace is finally getting a neighborhood park.

JJ Yost of the Lincoln Parks and Recreation confirms that construction began, as promised, just after Labor Day of this year. Today, there are sidewalks leading, in a Shel Silverstein way, to nowhere, except to piles of dirt and geometric plots of gravel—plots that will soon enough be the landing ground of energized kids slipping down slides and chasing each other in passionate games of freeze tag.

Yost also explains that while the majority of the park is set to be finished on November 15, there are finishing touches that will take as long as May 1, 2016. Grass, trees, and shrubbery, are all under contract to make the park feel like home. Other parts of the contract include: all site clearing, grading work and installation of all park improvement infrastructure – concrete footings and flatwork, water service, drainage improvements.

Yost also promises some variation of a “grand opening,” a ribbon cutting could even take place.

Until then, neighborhood kids watch through their windows as they’ve done for years, this time, perhaps, with more anticipation.

A mom within walking distance of park shares “I look forward to a safe place the kids can play, families can gather, and new friends can be made.”

Parents closest to the park are ecstatic for a place for kids to create new adventures all within a safe watching distance.

An avid four year old dump truck watcher is ready to get her slide on once the playground, and of course slide, is completed, but right now she’s most excited about “watching them build it.”