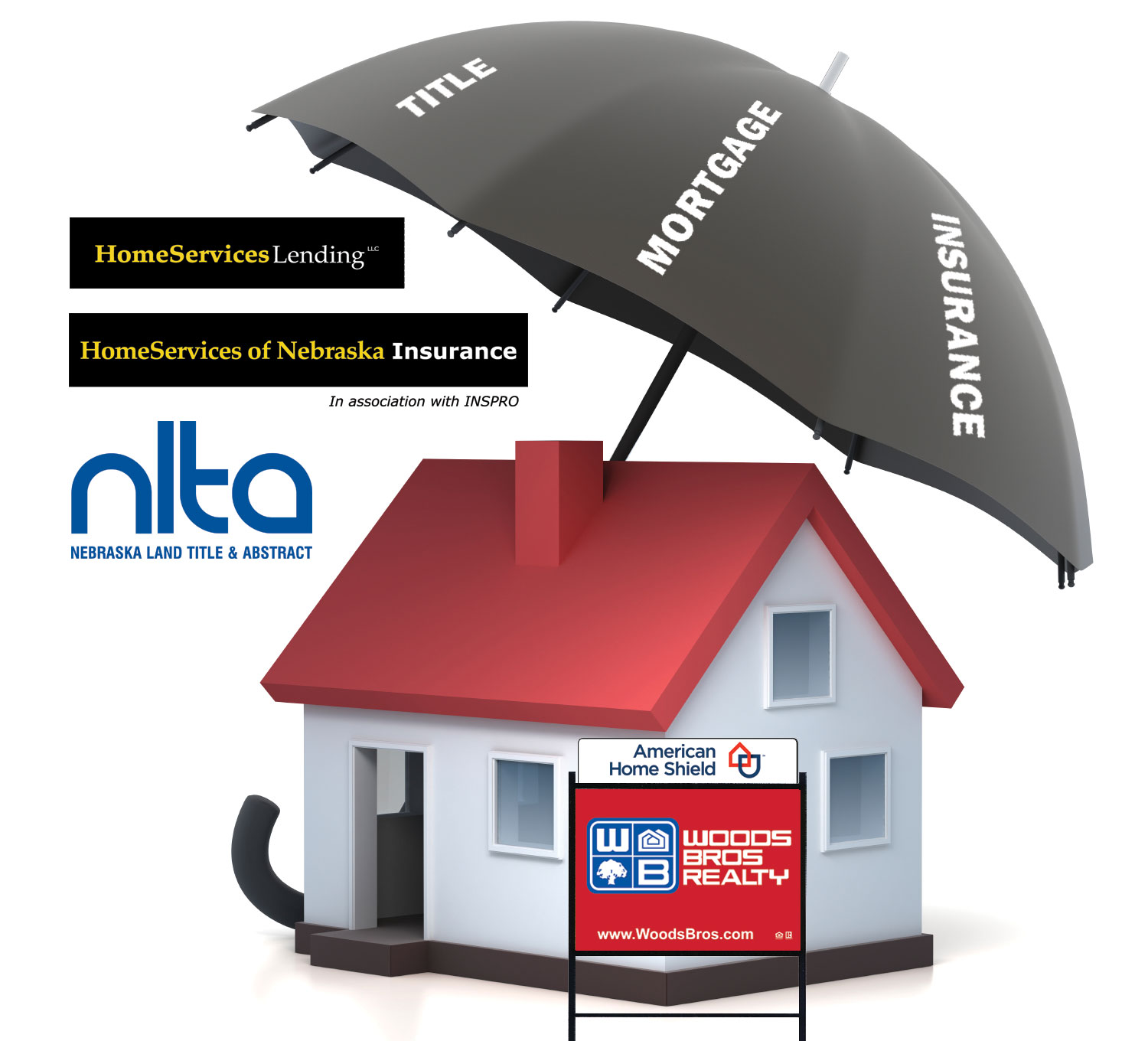 We love our agents! At Woods Bros Realty, we give our agents the support, knowledge and tools they need to be successful. Through good times and bad we are there for them, working behind the scenes.

One example is the recent storms that hit our area. As a part of our commitment to our agents, we believed that it was important to keep them informed, allowing them to provide the best service to their buyers and sellers when it came to handling storm damage, to keep closings together.  Woods Bros Realty agents were prepared to advise our sellers and their buyers about how to approach storm damage and disclosures. And our one-stop shop approach really made a difference to our agents and clients. Regardless of the side of the transaction our agents were on, they knew what to do or where to go to find out how to proceed. Our own HomeServices of Nebraska Insurance provided insurance tips and information immediately the evening of the storm and our general manager’s “snippet” video arrived in our agents’ in-boxes early the next morning regarding reaching out to our clients and updating disclosures. In addition, our in-house legal counsel send out a blog reminding us about our storm addendum form available to address any issues and ease anxiety.

Whether they are seasoned real estate agents or new real estate licensees, our staff did their best to provide a network of helpful information to our agents, so they could continue to provide the best experience and service to our clients.

Woods Bros Realty has weathered many storms in our 127 years, and we are glad we can put that experience and ongoing education to work putting our agents’ and their clients’ minds at ease.

The good news is that we still have a National Flood Insurance Program! The bad news is that, like many other government programs, it has been woefully underfunded and is likely to keep seeing big payouts, due to the projected increase in storms and flooding.

In July of 2012 Congress passed the Biggert Waters Act to address the ongoing financial issues imbedded in the NFIP. The result is significant change in the program. Highlights include:

1. Effective October 1, 2013, there is a new 5% Reserve Assessment Fee for all flood policies except Preferred Risk Policies (PRP) and any Group Flood Insurance Policies (since those are based on the total policy premium). In addition, October 1, 2013, will also bring on an average 10% rate increase for all policies, although the percentage will vary depending on what flood zone the property is in (from 1% to 17% variance).

2. If your flood insurance was subsidized (1 in 5 policies ARE, according to FEMA) – it probably won’t be after July 6, 2012. Anyone purchasing a house in the Special Flood Hazard Area (SFHA) on or after July 6, 2012, when the structure is one built either before 12/31/1974 OR before the initial Flood Insurance Rate Map for the area was put in place (known as a “Pre-FIRM” Property) will pay the unsubsidized, market rate for the insurance – the full risk rating, using the current map information. It does appear that this increase may be implemented by 20% per year (capped) increases for 5 years, to get to that market rate (25% for non-primary residences and businesses).

b. For any new policy issued after October 1, 2013, a “Full Risk Rating” is applicable – meaning the property will require an elevation certificate in conjunction with the most recent flood map, to determine what the correct cost of coverage will be.  Many properties that were placed into the flood plain after they were built (called “PRE FIRM, or pre-existing Flood Insurance Rate Map properties) do not have an existing elevation certificate and will need to obtain one to get a flood insurance quote.

The bottom lines are these –

Editor’s Note: The National Association of REALTORS (NAR) has also produced a video that helps explain the changes to the NFIP and rate schedules.  NAR President Gary Thomas has created a Presidential Advisory Group to address the issues related to the recent changes to the NFIP.

Link to FEMA FAQ on NFIP

Peterson, a native of Lincoln, Neb., graduated from Baylor University with a degree in marketing. He began his insurance career in 2009 working in the marketing department of an insurance company, and then he joined HomeServices of Nebraska Insurance in December 2010.

INSPRO Insurance is an independent, multi-line insurance agency that has been serving Nebraska for over 50 years. The joint venture between INSPRO and the insurance division of Woods Bros Realty will be called HomeServices of Nebraska Insurance.

“We are thrilled to partner with such a longstanding, reputable member of the local community,” said Gene Brake, CEO of HomeServices of Nebraska. “The joint venture with INSPRO furthers our goal to offer one-stop shopping to our clients, and INSPRO’s customer-centric values align well with our own full-service philosophy.”

Kathy Mayer will continue to represent HomeServices Insurance of Nebraska. Born and raised south of Lincoln on an acreage, Kathy has been in the insurance business for 20+ years. She has previously worked with Farmers Insurance as an agent, with State Farm as an office manager, and with Allstate Insurance Company as a broker. She has four grown boys, and she enjoys spending time with her four grandchildren. Kathy can be reached at (402) 434-3724.

Julia Franken will continue with INSPRO as a customer service representative, at their office at 1919 S. 40th St. (next to Capitol Title).

INSPRO Insurance is an agency leader in the Nebraska region, is 100 percent employee owned and offers a complete line of insurance products and services. For more information about INSPRO Insurance, visit www.InsproIns.com.

Woods Bros Realty, an affiliate of HomeServices of America, is a full-service company offering 120 years of expertise in real estate as well as experience in mortgage, title, closing, and insurance services. Providing an easier way to buy and sell, nearly 300 sales associates work with clients in Lincoln, Seward, Beatrice, York, Grand Island, and southeast and northeast Nebraska. For more information about Woods Bros Realty, visit www.WoodsBros.com.