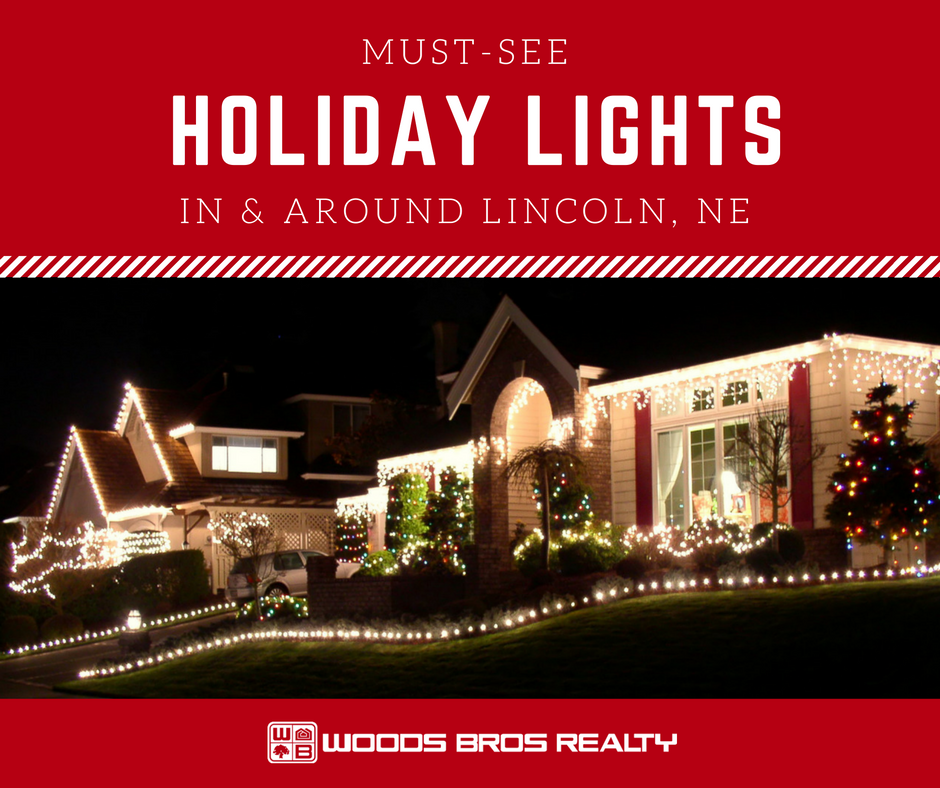 Piling the entire family in the car, armed with hot chocolate and the best Christmas tunes, is a time-honored holiday tradition. The goal, of course, is to drive around town to see the best holiday light displays. With all the hustle and bustle of every holiday season, this tradition is one of the best ways to just relax and enjoy the family. To make the most of your holiday light sightseeing, be sure and use this handy list to guide your tour around town:

The Lincoln Journal Star shares their list of must-see light displays from 2015, so it’s a great idea to check back at these locations to see how they’ve outdone themselves this year. But on your way there, don’t forget to check out your neighborhood. After you’ve decorated your own home, of course, take a drive around to see the creativity of your neighbors.

Many churches offer a drive-through nativity scene in their parking lot. It’s a warm way to get into the holiday spirit. There are plenty around town to choose from, but you can start with the Journey to Bethlehem at Piedmont Park Seventh Day Adventist Church or the living nativity scene that Southern Heights Presbyterian Church hosts from December 15-16.

For an indoor display, you have to include the Christmas tree displayed inside of the Capitol building. The tree arrives each year during the first week of December, and it’s even decorated to represent each of the 93 counties in Nebraska. There’s plenty of history and learning involved, and the building is open to visitors every day except for Christmas Day and New Year’s Day.

Grand Island is the perfect destination for Christmas tree enthusiasts. The Stuhr Museum has dozens of trees on display until January 4th. You’ll find the admission prices hard to turn down: ages five and under get in free, and tickets range from $4-$6 depending on age. The Stuhr hours are 9 a.m. to 5 p.m. and you can check out more details on their website.

Whether you’re from Omaha or not, you can’t pass up all that the Old Market has to offer, especially during the Christmas season. There are endless restaurants and coffee shops to choose from for a quick snack or elaborate meal, and the mood is set perfectly with the light displays brightening up downtown. See other Omaha lighting displays from our sister company, CBSHOME.

Lastly, you can please everyone in the family, including the little ones, with a trip to the Lincoln Children’s Zoo to see Santa. The zoo offers The North Pole Express on December 1-4, 9-11, and 16-18. The zoo is decorated for the season and with a train ride, hot chocolate, elves, and Santa himself, you can’t go wrong. Learn more about times and ticket prices on their website.

Effective Aug. 19, Woods Bros Realty will place its listings (Lincoln MLS only) on CBSHOME.com, the leading real estate brokerage Web site in Nebraska. This online exposure is in addition to the properties already being advertised on the top two local real estate Web sites-www.WoodsBros.com and HomeRealEstate.com.

In addition, visitors to www.WoodsBros.com will also be able to search CBSHOME listings.

“Woods Bros Realty is on the cutting edge of technology, giving us the opportunity to give our sellers more exposure in a relevant market such as Omaha,” HomeServices of Nebraska CEO Gene Brake said. “We can now be more competitive by marketing our listings in both markets, as well as in between.”

Brake estimates that this exchange will be helpful for buyers and sellers moving from Omaha to Lincoln (or vice versa) or for parents sending their kids to college in either of the cities.

“This is especially beneficial for our clients in the area between Lincoln and Omaha to receive marketing in both areas,” Brake said.

This sharing of listings between Woods Bros Realty, HOME Real Estate and CBSHOME Real Estate comes about as a result of their relationship with HomeServices of America, a Berkshire Hathaway affiliate and the second largest, full-service independent residential real estate brokerage firm in the United States. For more information about HomeServices of America, visit www.homeservices.com.

Nebraska’s housing market is one of the hottest in the country, and Iowa sales also are up.

As the national economy and housing across the country try to pull out of the recession, Nebraska’s existing-home sales rate for the second quarter rose 20 percent from the first three months of the year. That ranks the state fifth nationally.

For the year, Nebraska’s rate of existing home sales was up more than 6 percent over the first half of 2008. That ranks Nebraska seventh nationally. Iowa’s sales were up 4 percent for the quarter and just under 2 percent for the year.

Across the country, just six states, including Nebraska and Iowa, posted gains in sales of existing homes for both the quarter and the year, according to statistics released Wednesday by the National Association of Realtors.

Looking ahead, several state and local real estate officials said they expect the strong activity to continue in the second half of 2009, although they predict some bumps, too.

An $8,000 federal tax credit for first-time homebuyers — a key to boosting the housing market — expires at the end of November. Omaha and Lincoln continue to see dips in home prices, which one official attributed to the number of foreclosed homes sitting available.

Mary Kuhlmann, a managing broker for Lincoln’s Woods Bros. Realty and an officer with the Nebraska Association of Realtors, said she sees a steady comeback taking place.

“We hold pretty true to steady-as-you-go climbing,” she said.

Nebraska’s housing market has always been credited with not overheating during the country’s housing boom, so its downturn hasn’t been as jarring as in many states.

Nebraska ranks with Idaho, Hawaii, New York and Wisconsin in housing gains for the quarter.

Read more of the article here.