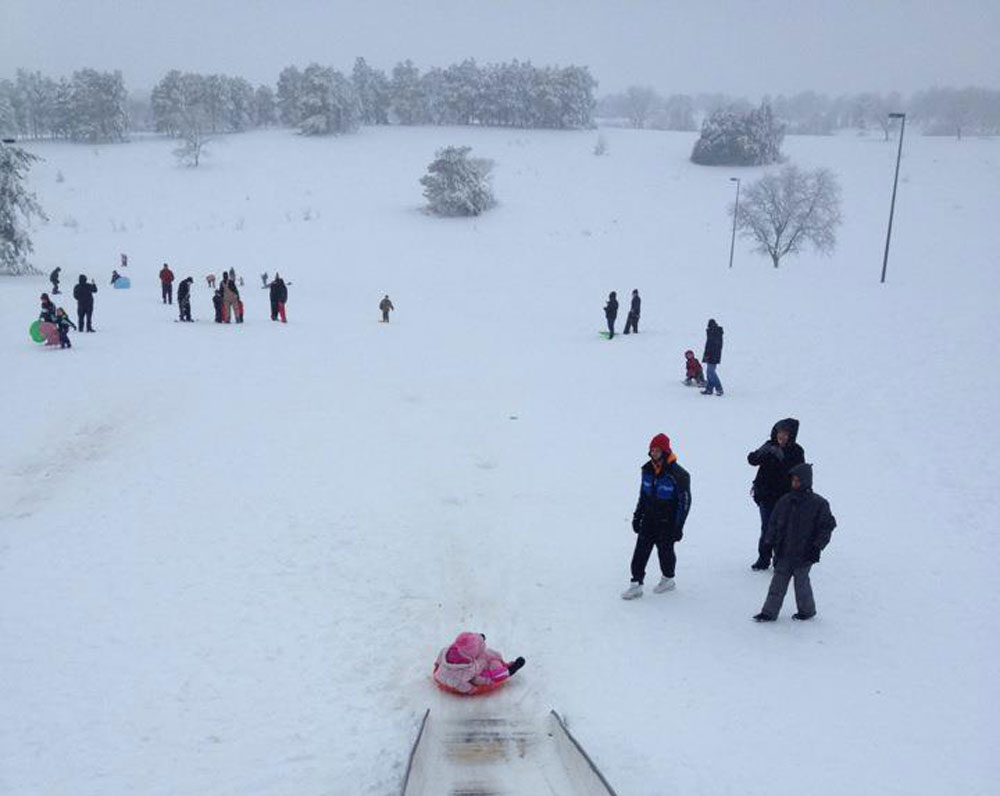 It may not feel like it quite yet, but winter is right upon us. If the thought of your family cooped up in your house during winter months sends shivers up your spine, here are some simple, easy ways to make memories and cure boredom (without getting frostbite.)

Indoor activities are endless, regardless of your kids’ ages.

But let’s face it, snow is coming, and probably piles of it. If you aren’t too keen on bundling your kids, and yourself, in layers upon layers of warm clothes (that almost instantly become soaked and frozen stiff with painful ice layers) consider this trick: Fill a large Rubbermaid tub with fresh, soft and fluffy snow, and place it in the bathtub. Kids will get the same effect of romping around outside, without the hassles of piles of dripping snow boots and laundry…laundry…laundry…

But if you are a winter lover, and the snow and low temps are no match for you, get those sleds out! Find a hill in your backyard or, again, Pioneer’s Park will be our saving grace. Regardless of crowds you can always find a secluded spot in the 668 acres of protected prairie. And if you stumble upon a buffalo habitat (fully caged of course), it’s an added bonus! 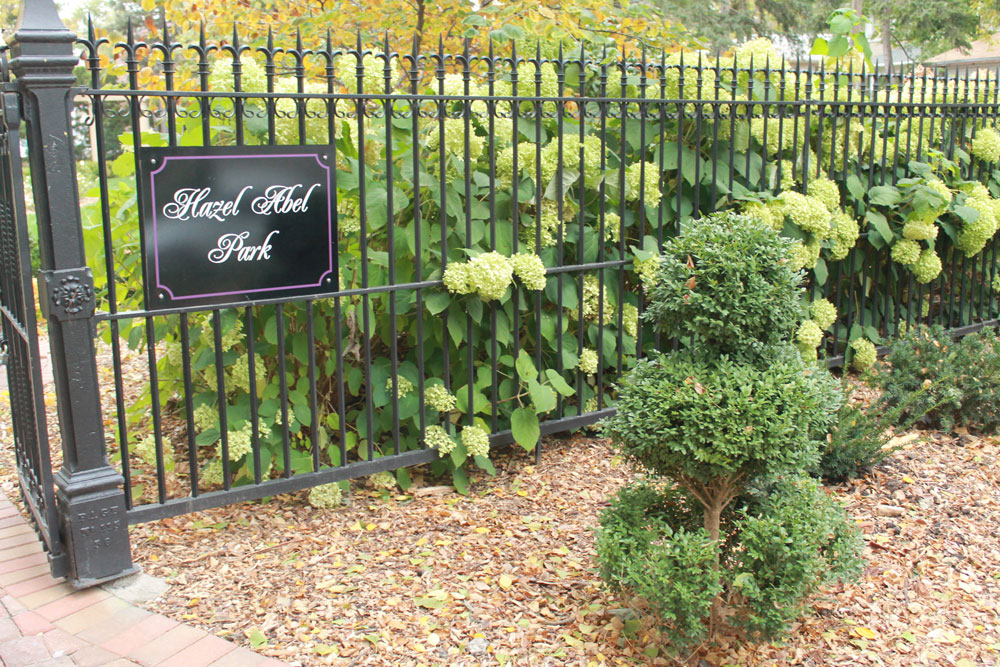 Roundus.com says it best: “Tucked away in Lincoln’s historic Near South neighborhood, this quaint, Renaissance-style park includes a gazebo, fountain, play area and benches all surrounded by an ornate cast iron fence.” And that, in a nutshell, is Lincoln’s own Hazel Abel Park.”

After renovations costing over $200,000 in 2010, Hazel Abel Park has kept its historic charm and beauty but added safety features that include trimmed hedges that allow watchful parents to see inside. The playground equipment was also moved to the front entrance, also for better visible access. The playground floor is a soft, black and white checkered pattern that is handicapped accessible. The checkerboard pattern is the perfect contrast to the aesthetically pleasing black fence, Victorian style benches and lighting fixtures, and of course the extensive gardening that intimately and strategically covers patches of the greenest grass.

A large fountain, columns, and a gazebo urge visitors to forget the world for a few minutes and get lost in a good book. Brides are attracted to the beauty and seclusion making the park a popular wedding spot.

If anything epitomizes the phrase “tucked away,” it’s Hazel Abel Park. And on the way to this quiet retreat on the corner of 18th and E Street, there are plenty of stops along the way to enhance the peaceful experience. A quick stop at the longstanding and infamous Zesto’s, or a mouthwatering lunch at the nearby 9 South CharGrill make a visit to Hazel Abel not just an activity, but an entire experience.

At first glance when walking inside the gates of Hazel Abel, it’s reminiscent of a scene from Alice in Wonderland, or the magical world of Willy Wonka. The playground equipment is simple, but unique and engaging.

The playground equipment proves that for kids, simple is the most stimulating. A simple metal slide, climbing equipment, and see-saw are more than enough to elicit giant grins on the faces of children. The grins are almost impossible to see as the kids speed around the enclosed park, imaginations and tiny legs soaring with pure joy.

The land for Hazel Abel was purchased in 1960, and named lovingly after the purchaser’s mother, Hazel.

Regardless of which part of Lincoln you live, this park is worth a first, second, and third look. It will quickly become a family favorite, either for childhood play or just a place for peaceful reflection with more than a few friendly squirrel companions.